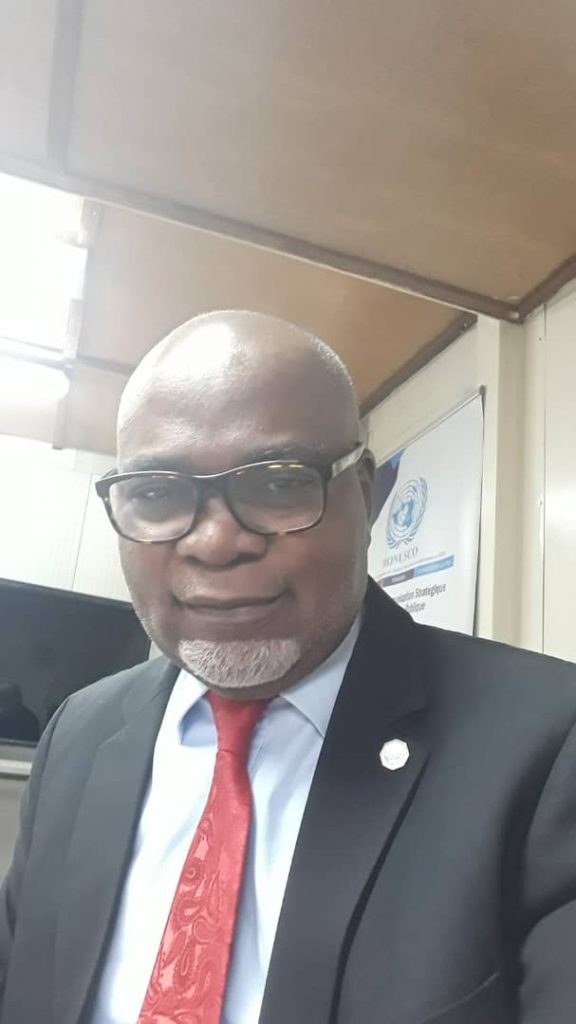 “I believe that every human being is good and should be given a fair chance until they prove otherwise.”

I was born in Nkolassa, a village in south central Cameroon (Central Africa) into a family of 12 children. My mother was very much ahead of her time as she pushed all of us to go to school, believing that this was our only way out of the extreme poverty we lived in. She also could not get an education due to her gender in the 1940’s in Cameroon. But thanks to her vision and her fierce advocacy for education, I was able to obtain a scholarship to further my studies in Belgium in 1986 after obtaining my bachelor’s degree in Cameroon.

Eleven years of study after a lot of hard work and a host of financial obstacles overcome at both the Catholic University of Louvain in Louvain-la-Neuve (UCL) and at the Free University of Brussels (ULB), I became a Doctor in Communication, Information and Journalism in 1997 . The same year as well, I became a Belgian citizen. My professional career began in Brussels where I held the function of Head of the Public Relations in the Municipal Administration of Berchem-Sainte-Agathe (Brussels).

I have always believed in giving back to my community and volunteering has always been a passion of mine. Wanting to have a bigger impact, I decided to enlist as a volunteer with the United Nations (UN). And so, in 2000, my adventure began with the UN in East Timor (borders of Australia and Indonesia). For two years (2000-2002), I worked to help communities in the District of Ermera overcome the trauma suffered during the “decolonization war”. Work was tough, traumatizing at times but greatly rewarding.

After that stint in East Timor, I moved to the Democratic Republic of Congo (DRC). I like to think this is where I really grew up and matured. As the largest French-speaking country in the world, the DRC has changed its vision of the world: because of the immense potential, but also because of extreme poverty, violence of all kinds, including sexual and gender-based. In the former Province of Equator in the northeast of this vast country of more than 2.4 million km2, I came to know families where the daily meal was cassava leaves with fufu or cassava flour and where people ate by rotation: one day for the boys, the next day for the girls. Unfortunately, this same system is also resorted to when it came to education, with boys generally favored over girls. It made me angry.

After years of volunteering with the United Nations Development Program UNDP-DRC, I joined the UN officially as a Public Information Officer (PIO). Sixteen years later, I am still in the DRC, having traveled the four corners of the country which I consider my second adopted nation now.

This Foundation is therefore the culmination of a mature reflection, but also the concretization of a certain idea of ​​solidarity and even of active faith. A practicing Catholic, I believe that every human being is good and should be given a fair chance until they prove otherwise.